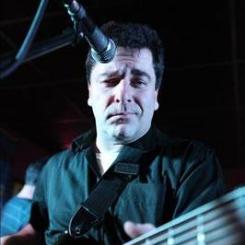 Inducted October 26, 2017, Not surprisingly, Guitar Center Director of Artist Relations Dave Weiderman came from a musical family. He became immersed early in the culture of retail music by watching his father run a music store in Chicago. Totally fascinated by that aspect of the music business, Weiderman took that passion and brought it to every element of his subsequent gig as Director of Artist Relations at Guitar Center’s Hollywood flagship store. He has established and cultivated relationships with many of the most important musicians in the world [many of whom have been captured for posterity when they set their handprints in cement on the famed Hollywood Rock Walk— a project Weiderman pioneered —in the front of the Sunset Blvd. Guitar Center store].