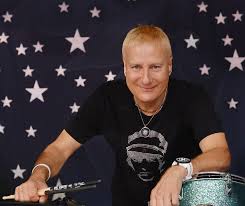 Inducted October 26, 2017, Following gigs with trumpeter Maynard Ferguson, Brandon Fields and Gino Vannelli, Gregg Bissonette was invited to join ex-Van Halen singer David Lee Roth’s band in 1985. The doors were opened for this remarkably versatile drummer from the Motor City and it didn’t take long before he was sticking it to everyone from Joe Satriani, Toto and Don Henley to Santana, Jeff Lynne/Electric Light Orchestra and Ringo. He has released two solo albums and has been deeply involved in drum instruction.