Joseph Anthony “Joe” Vitale is an American musician primarily known as a drummer but also a flautist, keyboardist and singer. He has played with many of the top names in music during a career dating back to the 1970s. 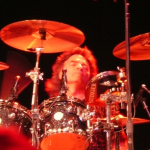 Vitale started his official career with the Ohio band called The Chylds. He eventually enrolled at Kent State University, and was attending during the May 4, 1970 shootings. His first national break came when Ted Nugent hired him to play drums in the Amboy Dukes in 1971.[3] That fall Vitale was invited by his former Kent State classmate Joe Walsh to join Barnstorm, a new group being formed by Walsh in Colorado. The group recorded two albums together and Vitale and Walsh began a longtime partnership although Barnstorm broke up in 1974.

After the break up, Vitale was the temporary original drummer for the Michael Stanley Band (before Tommy Dobeck was hired), and he recorded his first solo album 1974’s Roller Coaster Weekend, produced by Ron & Howard Albert, with guitar solos contributed by Walsh, Rick Derringer and Phil Keaggy. He then joined the Stills-Young Band for the Long May You Run sessions. Later, Vitale would be one of the musicians that Crosby, Stills & Nash record and tour with beginning with the CSN album and continuing until 2009. He has also co-produced and contributed songs to Crosby, Stills & Nash as well as to solo efforts by Stephen Stills and Graham Nash.

Meanwhile, Vitale’s longtime partner Walsh became part of the Eagles and Vitale became part of the Eagles’ road band on drums and keyboards, appearing on 1980’s Eagles Live. For Vitale’s second solo album, Plantation Harbor, produced by Bill Szymczyk and also recorded in 1981, Don Felder also appeared along with Walsh on guitars, and Stephen Stills co-wrote a couple of songs. The Walsh/Vitale song “Pretty Maids All in a Row” appears on the Eagles’ album Hotel California. He continued to appear on Walsh solo albums in the early 1990s.

Among other artists with whom Vitale has appeared are Dan Fogelberg, Peter Frampton, John Entwistle, Zakk Wylde (Book of Shadows), RAZ albums “Tough Love” & “It’s All About Me” and “Older Than Your Parents” (album + DVD) “Greatest Hits & Stuff”.

In 2008 Vitale released Speaking In Drums. The album is a collection of 11 songs written and performed by Joe, his wife Susie, and his son Joe Jr. among other guests. 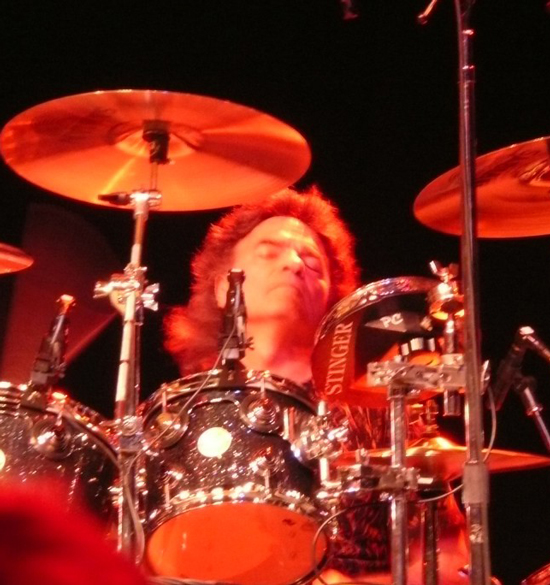