Former guitarist and copyist/transcriber for Frank Zappa, Vai is a fast-fingered guitar god who’s considered one of rock’s greatest musicians.

Six-string wizard Steve Vai, along with his one-time teacher Joe Satriani, set the standard for rock guitar virtuosity in the ’80s. Born on June 6, 1960, and raised in Carle Place, New York, Vai became interested in the guitar via such legendary artists as Jimi Hendrix, Led Zeppelin, and Alice Cooper as a teenager and, upon starting high school, took lessons with an older player from the school, Joe Satriani. Playing in several local bands, Vai quickly picked up on the instrument, and by the age of 18 was attending the renowned Berklee School of Music in Boston. As a student there, Vai transcribed several of Frank Zappa’s most technically demanding compositions for guitar, and even sent a copy of one such transcription, “Black Page,” to Zappa himself. Zappa was so impressed with the young guitarist that upon meeting him, he invited Vai to join his band.

Tinseltown Rebellion Subsequently, Vai toured the world with Zappa (giving Vai the nicknames “Stunt Guitarist” and “Little Italian Virtuoso”) and played on such albums as 1981’s Tinsel Town Rebellion and You Are What You Is, 1982’s Ship Arriving Too Late, 1983’s Man from Utopia, plus 1984’s Them or Us and Thing-Fish, before leaving to set out on his own. First off was a pair of self-financed, recorded, and released solo albums in 1984, Flex-Able and Flex-Able Leftovers, both of which showcased Vai’s guitar playing and songwriting talents, yet were still heavily influenced by Zappa.
Disturbing Peace/Dangerous Games With Van Halen all the rage by the mid-’80s due to their massive hard rock/pop crossover success, Vai replaced Yngwie Malmsteen in a similarly styled outfit called Alcatrazz (which featured former Rainbow vocalist Graham Bonnett), playing on their overlooked 1985 release Disturbing the Peace. The same year, Vai made a cameo appearance in the movie Crossroads (playing the Devil’s guitarist and shredding away in a guitar duel with Ralph Macchio) and got an invitation from his friend/bass master Billy Sheehan to try out for the guitar spot in singer David Lee Roth’s solo band (Roth had just split from Van Halen), and eventually landed the gig. The debut release from Roth and his stellar solo band, Eat ‘Em and Smile, arrived in 1986 and went on to become one of the year’s top hard rock releases. Both Vai and Sheehan were catapulted to superstardom due to their instrumental talents, as they took top honors in numerous guitar magazines for years afterward.

Skyscraper But although the quartet showed great promise, Sheehan jumped ship just after their sophomore album, Skyscraper, was issued in 1988. Although the album was more pop-based than its predecessor, it became another sizable hit — with Vai earning a co-producing credit on the album along with Roth. The same year, Vai issued his own line of snazzy guitars, the Jem 777 series, via the Ibanez company. After the ensuing tour with Roth wrapped up in late 1988, it was Vai’s turn to jump ship. In addition to working on another solo album, he was invited to join up with chart-topping pop-metallists Whitesnake, an offer he accepted. His one and only album with Whitesnake, Slip of the Tongue, was issued in 1989, as was his third solo album overall, Passion and Warfare, a year later. The largely instrumental album was based on dreams that Vai experienced as a teenager, and it became a sizable hit, earning gold certification and solidifying Vai’s standing as one of the top guitarists of the day. It was also around this time that Vai created a seven-string guitar through Ibanez. Although the instrument didn’t catch on initially, it would by the mid- to late ’90s, when the guitarists in such metal acts as Korn and Limp Bizkit would utilize the instrument to achieve super-low tunings.

Sex & Religion After an extended hiatus, Vai formed his first conventional rock band (called…Vai) along with newcomer Devin Townsend on vocals, T.M. Stevens on bass, and Terry Bozzio on drums — offering their one and only album in 1993, Sex & Religion. When the album proved to be a disappointment both critically and commercially, Vai returned to all-instrumental work with the 1995 EP Alien Love Secrets. For the remainder of the decade, Vai continued to issue solo releases, including 1996’s Fire Garden, 1998’s Flex-Able Leftovers (a re-release of his long out of print second solo album, with added tracks), and 1999’s The Ultra Zone. It was also during the late ’90s that Vai and Satriani reunited for an annual co-headlining tour (with a different third artist added each year), called G3, unleashing a live album, G3: Live in Concert, in 1997.

The 7th Song: Enchanting Guitar Melodies Archives, Vol. 1 The early 21st century saw a flurry of releases from Vai, including a compilation of instrumentals, The 7th Song: Enchanting Guitar Melodies Archive, in 2000, and his first full-length live release, Alive in an Ultra World, in 2001, as well as his mammoth career-encompassing ten-disc box set The Secret Jewel Box. In 2002 he collected several pieces that he had contributed to films through the years, including the guitar duel from Crossroads and the theme to Bill and Ted’s Bogus Journey and put them together in a 40-track collection called The Elusive Light and Sound, Vol. 1. A series of compilations came next, and after a five-year hiatus from the studio, Vai returned in 2005 with Real Illusions: Reflections. A tour with the Metropole Orchestra followed and he released a ambitious double live set documenting his performances, titled Sound Theories, Vols. 1-2, in 2007. In 2010, he performed with the North Netherlands Orchestra, debuting several new compositions that fused rock music with orchestral arrangements, dubbed the “Evo Era.” Vai also made several television appearances in 2010, performing on The Tonight Show and on American Idol with Mary J. Blige, Orianthi, Travis Barker, Ron Fair, Orianthi, and Randy Jackson. In 2012, eighth studio album The Story of Light arrived, continuing the new age themes first put forth on Real Illusions: Reflections, and including unexpected twists such as a rootsy blues cover backed by a full gospel choir as well as a duet with Aimee Mann.

Submarine Over the years, Vai has guested on countless albums by other artists, including Gregg Bissonette’s self-titled debut and Submarine, Alice Cooper’s Hey Stoopid, Randy Coven’s Funk Me Tender, Al di Meola’s Infinite Desire, Public Image Ltd.’s Album, Joe Jackson’s Symphony 1, and Billy Sheehan’s Compression, and also releases from Mike Stern, Ozzy, and Meat Loaf. He can also be found on such additional Zappa releases as Jazz from Hell, Shut Up ‘N Play Yer Guitar, Guitar, and on several volumes of the ongoing You Can’t Do That on Stage Anymore series and the live tribute disc Zappa’s Universe. As if his busy schedule weren’t full enough, Vai pursued a lifelong interest when he began harvesting honey among five bee colonies in the backyard of his home. 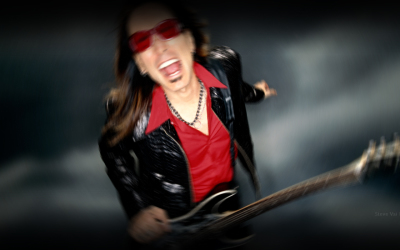 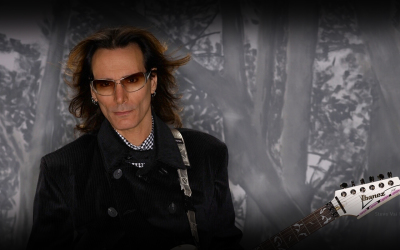 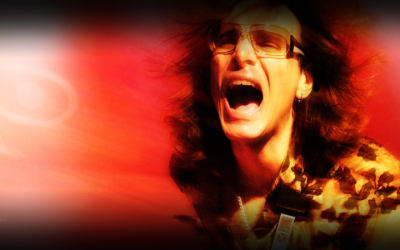 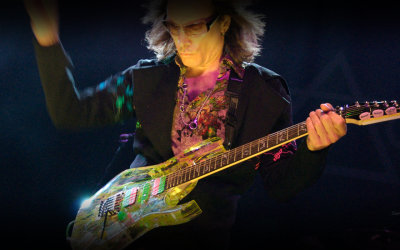 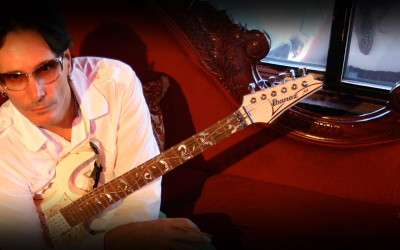 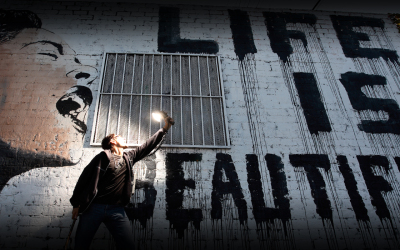 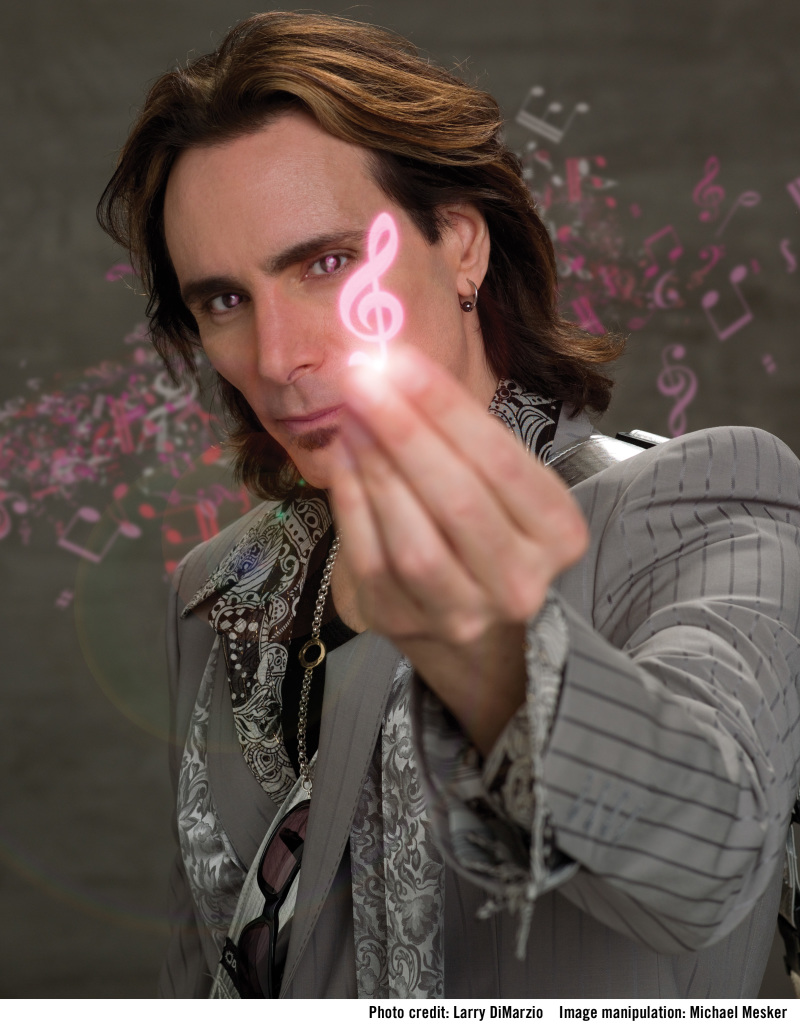