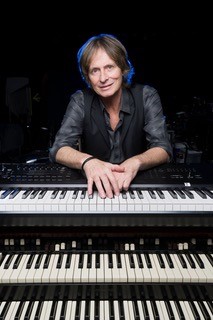 Inducted October 27, 2019, An award-winning composer and multi-instrumentalist, Brett Tuggle is one of the most in-demand players in the music industry. He has toured and recorded with artists such as Fleetwood Mac, Jimmy Page, David Lee Roth, Chris Isaak, Stevie Nicks, Lindsey Buckingham and Steven Tyler.

Brett played and toured with Rick Springfield on the heels of Rick’s hit single Jesse’s Girl, and later, David Lee Roth after he had split from Van Halen. During this period, Brett was able to stretch his songwriting legs, co-writing several songs with Roth including the top 10 single Just Like Paradise in 1988.

Brett lives in Los Angeles and does session work when not on tour.