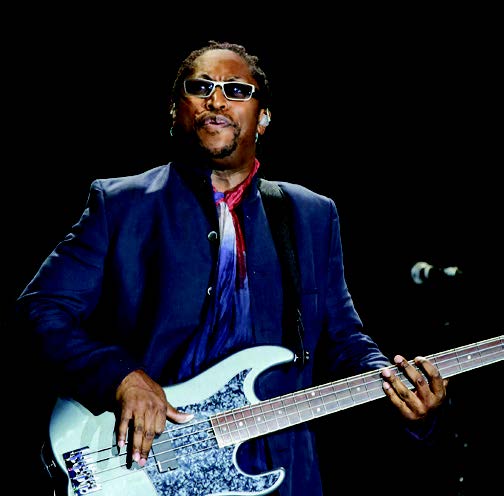 Inducted November 18, 2018 When Darryl Jones was barely out of his teens, he was already thumping
the bottom end for Miles Davis, Sting, Herbie Hancock, Madonna and Eric Clapton. In 1993 when original
Rolling Stones bassist Billy Wyman opted to retire, Jones came in as his replacement and has remained with the iconic band ever since. Schedule permitting, Jones sits in with other acclaimed artists and
participates in several other bands including the Stone Raiders, 3 Brave Souls and the Chi Town Social Club. He pays homage to the late Miles Davis with his Miles Electric Band. Besides touring and recording, the Chicago-born musician Darryl writes and composes music for film. In 2017, he was selected to participate in the Sundance Institute’s famed Music & Sound Design Lab at Skywalker Ranch.
In his free time—what little there is—he teaches classes and conducts clinics around the world, founding in 2014 the Jones Musical Instrument Company to craft custom basses and guitars.