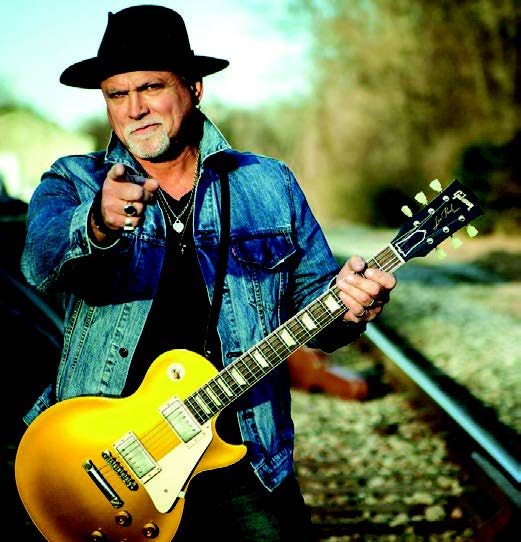 Inducted November 18, 2018 From the moment singer Derek St. Holmes and Ted Nugent crossed paths
back in 1974 when the singer’s band Scott opened for the Detroit madman’s Amboy Dukes, it was a match made in heaven—and hell. After several failed auditions, Derek ultimately teamed up with Nugent and appeared on the guitarist’s first solo album. Ted was top dog and consequently St. Holmes was
alternately in and out of the band for many years running. Subsequently, the singer formed several
of his own bands including St. Paradise and Whitford/St. John [with Aerosmith guitarist Brad Whitford]. In 1983, he joined Michael Schenker’s band. Strangely, St. Holmes toured again with Nugent from 2011 to 2014 and reunited as Whitford/St. Holmes for a 2015 tour as well as a new recording titled Reunion.