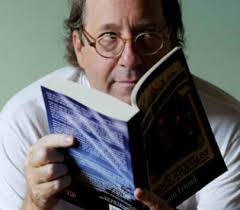 Inducted October 27, 2016, Lonn Friend is an American journalist and author. Friend is best known for his work in the late 1980s and ’90s as editor of RIP Magazine.[1] Friend began his career in 1982, as associate editor of Hustler Magazine, the flagship journal of Larry Flynt Publications (LFP). After rising to senior editor at Hustler, he transitioned to Executive Editor of Chic Magazine, and then to RIP in the Spring of 1987. RIP was the first non-pornographic publication produced by LFP. Friend documented his experiences with the heroes of heavy metal in his 2006 memoir, Life on Planet Rock, and released his follow-up, Sweet Demotion, in 2011. He is currently the host of Energize: The Lonn Friend Podcast.

During his tenure at RIP, Friend documented the making of Metallica’s The Black Album.[citation needed] Friend also appeared in several documentaries profiling the band, including A Year and a Half in the Life of Metallica, Classic Albums: Black, AURAL Amphetamine: Metallica and the Dawn of Thrash, and VH1’s Behind the Music: Metallica. The cover art of The Black Album debuted on his Friend at Large segment for MTV’s Headbangers Ball in August 1991.[citation needed]

RIP was the first magazine to feature a full-cover photo and story on Guns N’ Roses, titled “Metal’s New Supergroup,” which appeared in its June 1988 issue.[citation needed] Guns N’ Roses performed their last club gig for the third-anniversary RIP party at the Park Plaza Hotel in October 1989, prior to their four-night opening stint for the Rolling Stones at the Los Angeles Memorial Coliseum.[citation needed]

Friend is a frequent contributor to VH1, having appeared in numerous Behind the Music documentary episodes, including “Metallica,” “Bon Jovi,” “The Year 1987,” “Red Hot Chili Peppers Ultimate Albums: Blood, Sugar, Sex, Magik,” “Mötley Crüe,” “Anthrax,” “Top 40 Hair Metal Bands of All Time” and “When Metal Ruled the World.” He was featured in the October 2006 E! Entertainment’s two-hour expose, “E!s 20 Acts of Love Gone Wrong,” the June 2007 “E! True Hollywood Story: Steven and Liv Tyler,” and consulted for and appeared in two new 2009 productions: E!’s “Rock Wives” and VH1’s “Do it for the Band: The Women of the Sunset Strip.” Friend also consulted on the 2010 documentary Rock Prophecies about rock photographer Robert Knight, directed by John Chester.[citation needed]

The U.K.’s Sexy Intellectual Productions featured Friend extensively in their recent DVD releases, Guns N’ Roses: 2 Classic Albums Under Review (Use Your Illusion I and II) and AURAL Amphetamine: Metallica and the Dawn of Thrash.

Friend relocated to Las Vegas in the fall of 2003, and freelanced for several local publications including Las Vegas Life, Las Vegas Weekly, Vegas Golfer and HRH (Hard Rock Hotel). He returned to Los Angeles in March 2006.

Life on Planet Rock (Morgan Road/Random House) was released domestically on July 11, 2006, and is in its second printing. Planet Rock was published in the U.K. through Piatkus Books.

I wrote my memoir while in Las Vegas, during those 29 transforming months on the sands of Babylon, chronicling my journey for local publications and encountering the light people amongst America’s most shadowy metropolis.

His second book, Sweet Demotion: How an Almost Famous Rock Journalist Lost Everything and Found Himself (Almost), was published by AuthorHouse in 2011. Picking up at the end of Friend’s stint as an executive at Arista Records, Demotion follows his move to Las Vegas and the spiritual pursuits that shaped his further involvement in the music world.

In 2008, Friend composed artist bios and conducted electronic press interviews for several bands. In this regard, he covered Black Tide, Rev Theory, Candlebox, and the multi-platinum All American Rejects. Friend contributed to the “Soapbox” column for Relix Magazine, and drafted the Metallica cover story for the December 2008 issue of Metal Edge. Between 2010 and 2012, Friend composed artist bios for Slash featuring Myles Kennedy and the Conspirators; John Waite; and Brazilian guitarist Kiko Loureiro. In March 2012, he launched Energize: The Lonn Friend Podcast via LA Radio Studios in San Pedro, California. In January 2014, Friend returned to Las Vegas to work on his third book. He currently freelances for Wendoh Media’s Vegas Seven magazine and in February 2014 composed the cover story on noted rock & roll chef Kerry Simon.[2]

In 2016, Friend became a freelance contributing writer for Chicago-based, In The Loop Magazine, with articles that have included Roger Hodgson.