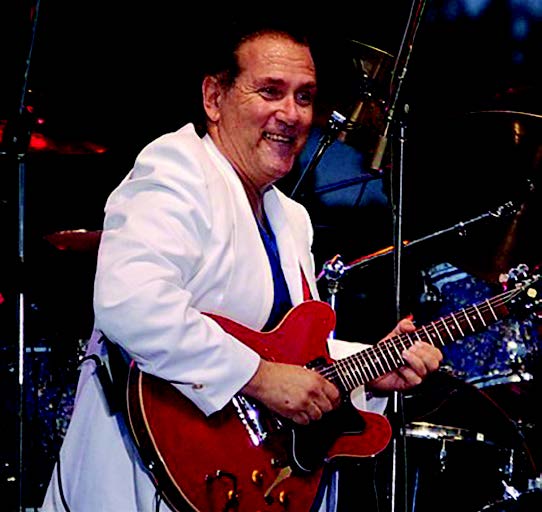 Inducted November 18, 2018, In 1970, guitarist Mike Pinera cowrote and played on “Ride Captain Ride,” a sublime and much-talked about song from his then band, Blues Image. It climbed to Number Four and cemented Pinera’s legitimacy and status in the rock and roll world. Around this same time, he joined Iron Butterfly, replacing guitarist Erik Braun and appeared on the psychedelic band’s fourth album titled Metamorphosis. There followed a succession of bands and solo albums including work with Thee Image in 1975; the release of his first solo record titled Isla three years later and in 1979 the follow-up release, Forever; Ramatam [Jimi Hendrix’s Mitch Mitchell was a member for a brief period]; a latter-day version
of Cactus called New Cactus; and a stint with Alice Cooper as lead guitarist from 1980 through 1982.