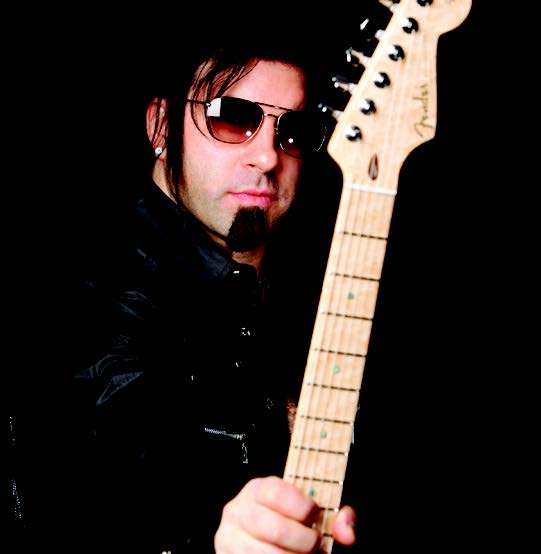 2018 Rock Godz Hall of Fame inductee Rob Math has been hailed as a true guitar virtuoso and is one of the hottest guitar players to emerge from the LA scene today. As a session guitarist, his credits include performing on albums for platinum selling artists such as SEAL, Nelly, Toni Braxton, and countless others.
Perhaps Rob is best known as the lead guitarist for the classic rock band “Player” known for their #1 hit (“Baby Come Back”) and metal legends Leatherwolf. A native of Long Island, NY, Rob started playing guitar at the young age of 7, and at 18 went on to study and later graduate from the prestigious
Berklee College of Music. “Virtuostic Chops with flawless execution. Uncanny ability to change styles — from authentic chicken pickin’ to lead metal shred, while still possessing a unique edgy hard rock voice all his own. True Authenticity! Rob Math is amazing!” Greg Di Benedetto, Publisher Guitar World Magazine
Rob received his award at the Conjeho Valley Days, Summer 2018.